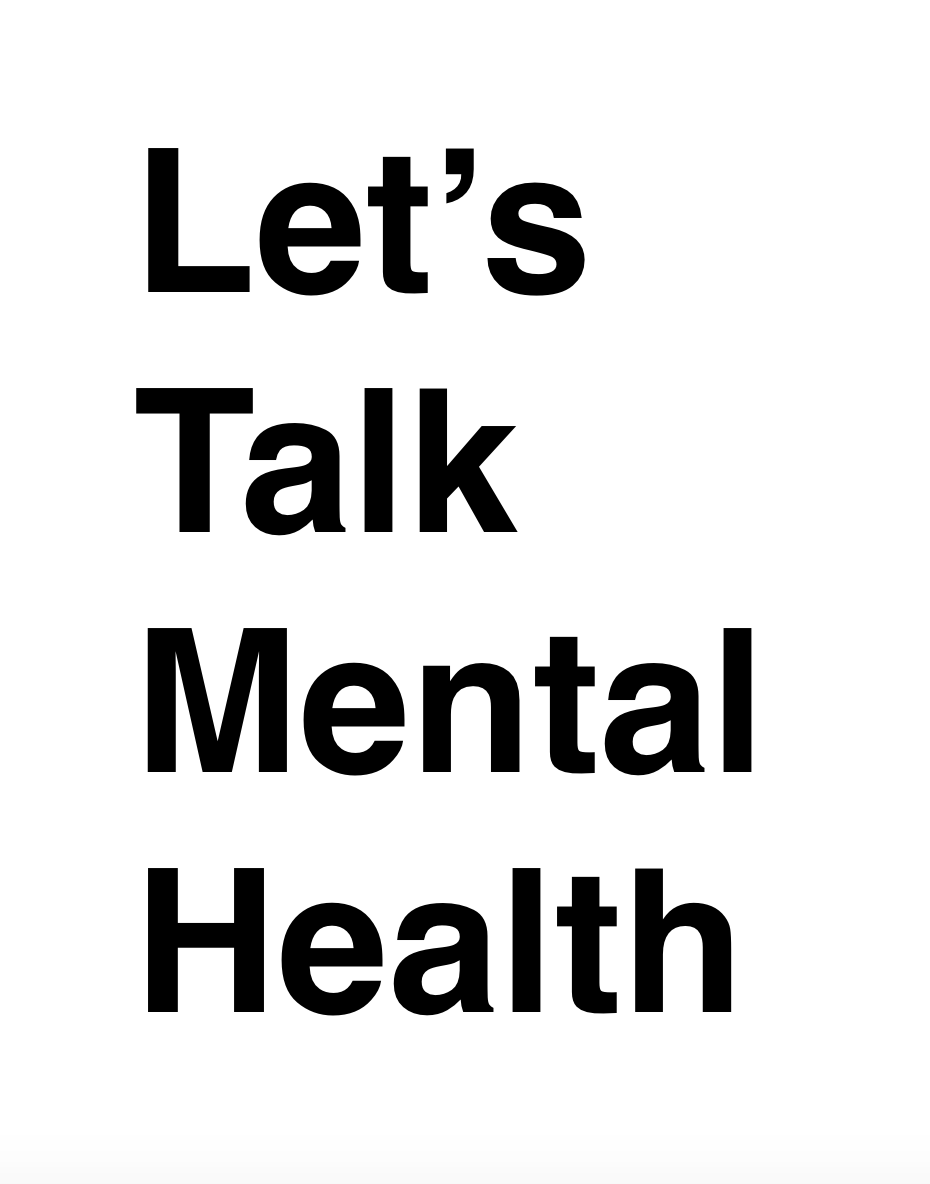 Today is time to talk day.

As someone who has and is suffering with mental health, I felt a responsibility to share that with you guys. I felt it was a great time to talk to you about my experience because I’m not in a better place and can look back and see how awful what I went through was, how I still suffer from it now and how if I didn’t tell the people I loved, I wouldn’t have had the support system I needed to get better.

Time To Talk About Mental Health

Mental health is such a broad term, It can cover so many things but for me, I suffered from stress and anxiety which then led to mild OCD and depression. You see that’s the thing with mental health issues, as soon as you get one another comes along to join in. I was stressed which made me anxious, I tried to control how I was feeling with OCD and the loneliness and helplessness I felt let me to depression.

It all started when I was working as a buyers assistant, I won’t say where because even though it’s not a big company I would hate to spread bad feeling. The work environment was toxic. Bitching was the only conversation topic, daily shouting matches across the desk were a thing and god forbid you left on time or took a lunch hour . . you clearly didn’t care. Then there were the secret meetings or the meetings that only took place after work hours so of course only the people who really cared could attend.

Anyway. You get the picture. It wasn’t a great place to be in and after crying on the car journey home became a daily occurrence my body started to show the stress in other ways. I honestly thought I was dying. I had chronic stomach ache, I lived off Imodium and even then the thought of being in a meeting room for half an hour and away from a toilet filled me with dread. I was dizzy, I was shaking and I was constantly on the verge of tears and I lost a stone. I was always at the doctors and got told I had IBS, the tablets worked for a couple of weeks until it went back to how it was before, I guess that’s what they call the Placebo effect!

As this continued I became more and more exhausted, I didn’t leave the house apart from to go to work, I was a bitch to my family, I cancelled plans or just didn’t make them full stop. I slept a lot which apparently is super common, just think how much stress your body is going through. To solve the toilet issue I would just not eat all day, that’s a long time and it still didn’t work. I started driving a different way to work, chewing gum, listening to a specific song, putting my lipstick on at a specific time so many measures I took that I thought would stop how I was feeling. It was only until I went on a trip to Bali to see my sister and had a panic attack whilst snorkelling in the sea that she sat me down and told me that it might not be IBS, she thought it was anxiety. Suddenly everything clicked.

The Dr’s confirmed this and signed me off for a week, in that first week everyone at work stopped talking to me apart from when I sent in my sick notes, which there were a lot of. 3 or 4 months worth to be exact. And I saw a therapist that helped me to realise that work was my problem. She talked me through my options and supported me through handing in my notice which obviously I wasn’t going to work because I still can’t even drive past the building 4 years later without getting anxious. It’s funny how things stick with you. My old boss used to drive a white Nissan Duke and even if I see one of these cars now I get nervous, my Mum was considering buying one and no joke I cried.

So now I’m better. Ish. Unfortunately you can remove the issue but the problem still remains, mental illnesses don’t just completely go the same as a cut or bruise, they can’t be “cured”. I take 10mg of citalapram every morning to stop myself from having full on panic attacks just mild anxiety but my resolution for this year is to completely come off them, I feel like I’m ready. Along the way there have been so many different things that helped me to combat my anxiety and deal with it on the spot when I’m in the middle of a panic fest. So I wanted to share some with you below!

This is something I use when I’m having a panic. It really helps me so much though I know some people will find this crazy! The best thing I find is to visualise colours when I’m breathing and focus on breathing in light serene blue and out the nasty red anxiety. This helped me loads as everyone says to focus on your breathing but actually that just made me 10 times more anxious than I already was.

Another method I find helps when I am getting into a panic and my mind is flooding with thoughts is to either imagine yourself sat watching a river, and in the river are your thoughts, coming and going and flowing away from you. OR if you’re in a car, I used this technique a lot on my way to work, is to wrap your hand around your head as if your gathering up the thoughts and wind down the window and throw them out! Finally along the same lines I will imagine a bubble in my mind, and picture it slowly growing to fill my mind and push out any thoughts and clear my mind.

Another coping technique for when you’re worried about a particular thing is to write it down and really break it down. So for me I was worried about handing my notice in, what was the worst case scenario? My boss shouted at me and I never saw her again. I can deal with that. It helps you to realise that you’re making it seem way worse than it is because if you’re anything like me you’re an over thinker and that’s what we do!

Every evening I write at least 5 things I’m grateful for, even if it’s simply that I woke up, or that the sun is shining or that my dog came and gave me a cuddle. Appreciate the small things and soon enough you will realise that the good majorly outweighs the bad. Recently I’ve also been keeping a complaints diary which is really helping me to realise that I shouldn’t stress about things I have no control over. I will write a complaint for example “I scrapped my car against the wall” which I actually did do yesterday and am still not quite over it. And turn it into a positive – I’m so lucky to own my own car!

Finally, reading books helps me so so much. I found that reading positive books are more helpful than anything that is specifically on anxiety. Reading about anxiety and the symptoms is not helpful, it will just help you to feel them more intensely and over analyse yourself, you already know you have anxiety so you don’t need to read about it. Here are some books I highly recommend :

Lois Blyth : The Secrets of Happiness
The Happy Buddha : Happiness and How it Happens
The Secret

You may also enjoy:

My Everyday Make Up Look

So I often do beauty posts but none of them really include the critical thing that a beauty post needs,...